The Thwaite Brow woods Conservation group are volunteers in Bolton-le-Sands who meet once a month to look after community woodland. Come and join us!

Bolton le Sands Parish Council has agreed a 10 year Management Plan for the wood with the Forestry Commission and Natural England. 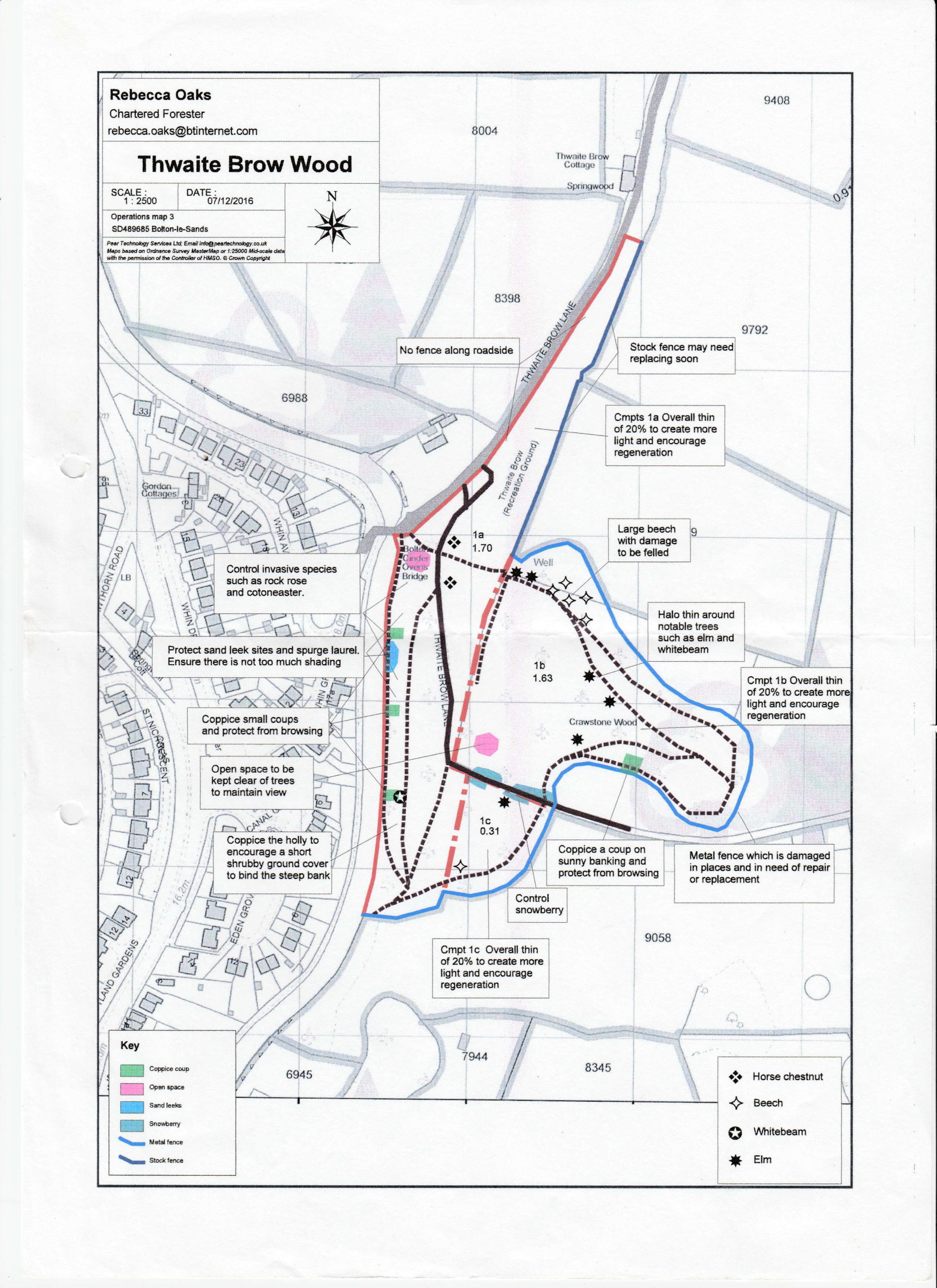 Two new bat boxes have recently been installed on trees adjacent to the canal along the canalside path. Further investigations are ongoing into the future installation of another four bat boxes, some by the canal and others on the woodland boundary further up the wood.

More recent work in the woods has been the removal of a number of trees on the steep bank by the canal, close to the canal bridge, to open a new viewpoint at the top of the first set of steps. A new fence has also been installed at the viewpoint to improve the safety. A small amount more work is needed to complete the project. 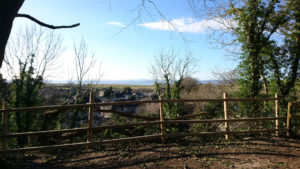 Bolton le Sands Parish Council has agreed a 10 year Management Plan for the wood with the Forestry Commission and Natural England. The Plan is being managed by the Thwaite Brow Woods Conservation Project.  We are now in the fourth year of the plan which is basically:-

Maintenance of access ride and footpaths and litter picking.

Thinning of dense areas of trees to allow more light for new growth.

Recognising a number of veteran/notable trees and giving them more space.

Removal of non-native and invasive vegetation.

Monitoring of wildlife in the wood.

Some of this work will produce timber for a number of useful purposes.

Limited activity has taken place recently due to the pandemic except for some fence repairs, general tidying and the usual footpath maintenance, litter picking and birdbox care. However a large leaning oak tree was felled for safety earlier in the year (see below article).

It is hoped that work in the near future will comprise installation of 2 new batboxes alongside the canal and clearance of some trees close to the canal bridge to make a new viewpoint from the bench at the top of the steps.

Recycling of a leaning oak tree

During the Summer of 2021, the TBW Conservation Project decided that for safety reasons a large leaning oak tree needed to be felled and approval was gained from a visit to the wood by the Lancaster City Council Tree Officer.

The tree had a long straight trunk which was mostly taken to a contact in Whitherslack and passed on to Charlie Whinney who has a workshop in Grange over Sands where he steam bends timber. The timber was subsequently used for a project in which he was involved at the Chelsea Flower Show for the Garden of Hope produced for the BBC One Show and the Royal Horticultural Society. The Garden will be relocated to the Rosewood Mother and Baby Unit in Dartford which is a specialist mental health centre for new mothers and babies.

Before the trunk had been taken from the wood the bark had been peeled from it and from much of the branch wood. The small branch wood was used to make a ‘dead hedge’ around the cut stump to deter any deer from browsing on any new growth which will appear and grow into new coppice trees.

A few weeks earlier the team had cut a large oak branch which was growing into a neighbouring field and was not wanted. The bark was peeled from most of the branch and some of the branch wood was made into a rustic bench which was donated to the Abbeyfield nursing home in Bolton le Sands.

All of the oak bark which had been peeled was collected later in the year and taken to Baker’s Tannery in Devon who are the last tannery in the country who use oak bark to produce leather.

It is remarkable that so much use could be made of the felled tree and that nothing was wasted. 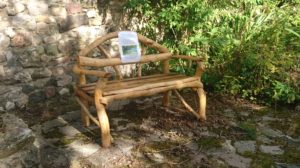 Read more about the RHS Garden of Hope

Download the documents  below for full details of the plan.